Empire Beige Marble is a king of natural beige marble quarried from Turkey, which has become one of the most popular beige marbles in the world. With great oiliness, good hardness and fine texture, Empire beige marble is widely used for commercial and residential projects. Good Empire Beige has a uniform base and white flowers, but some may have tiny holes, red lines, yellow lines and light-dark shades distributed on the surface. Its quantity and quality are stable, which is highly appreciated for the simple modern decoration style, such as the floor tiles, walls, stairs, TV background, countertops, vanity tops, bringing you into a warm and noble world. Good with polished, honed, acid-wash surface finishing, other unique finishing is available.

Turkish Empire Beige Mable has become a classic and popular marble variety for any project. It has been mined for more than 10 quarries so far, which has different colors, texture and oil brightness, such as the JIECHE QUARRY, WANGCHENG QUARRY, YUJIE QUARRY, SHEKA QUARRY, KASANGMA QUARRY, etc.

Empire Beige( Jie Cheng Quarry） has a whiter and cleaner background, greater oiliness and smaller veinings, which has superior quality among all other quarries. 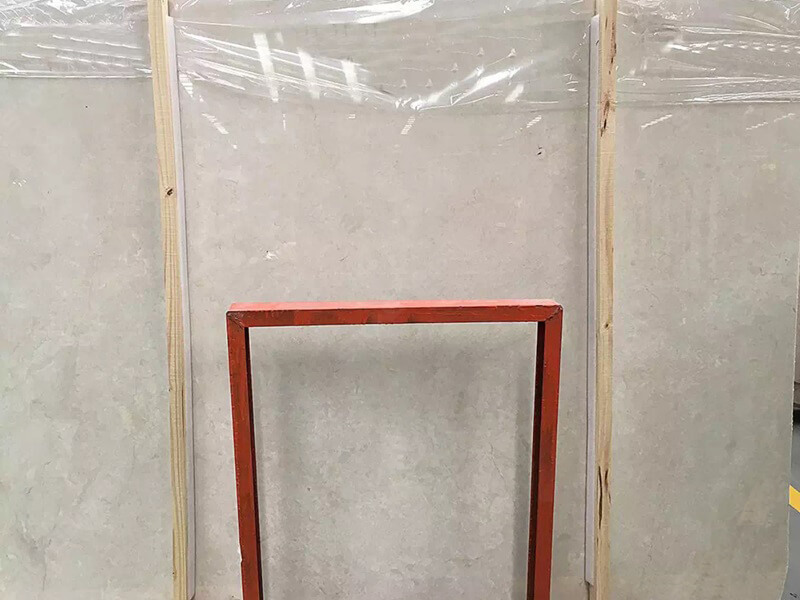 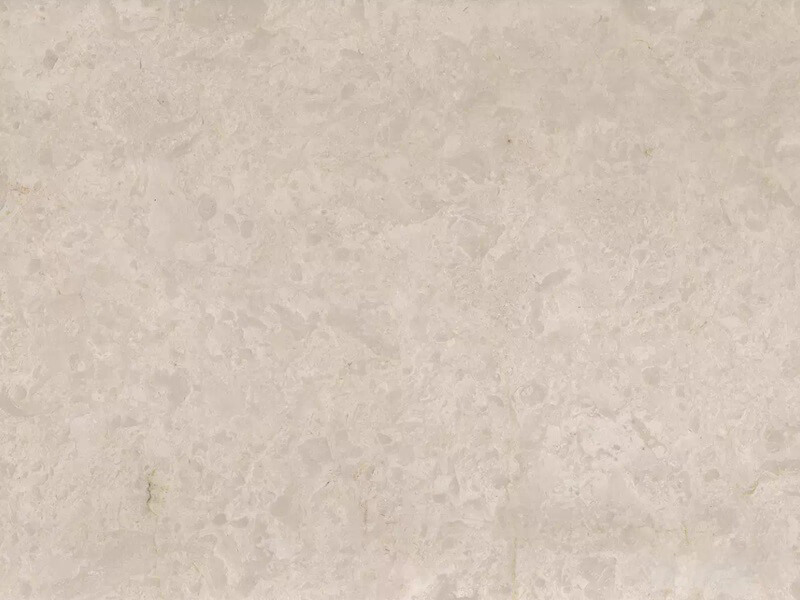 Empire Beige （Wang Cheng Quarry）has a more beige background, with the bigger flower and more crystal, some may have waterline and fewer red lines. 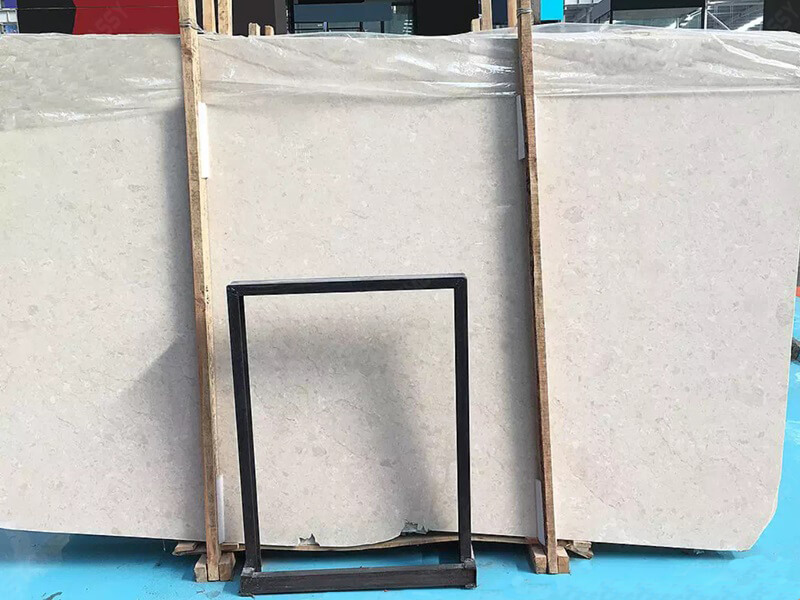 Empire Beige(Ka Sang Ma Quarry) has a similar background and style to Wang Cheng Quarry,  some may have few red lines and black lines. 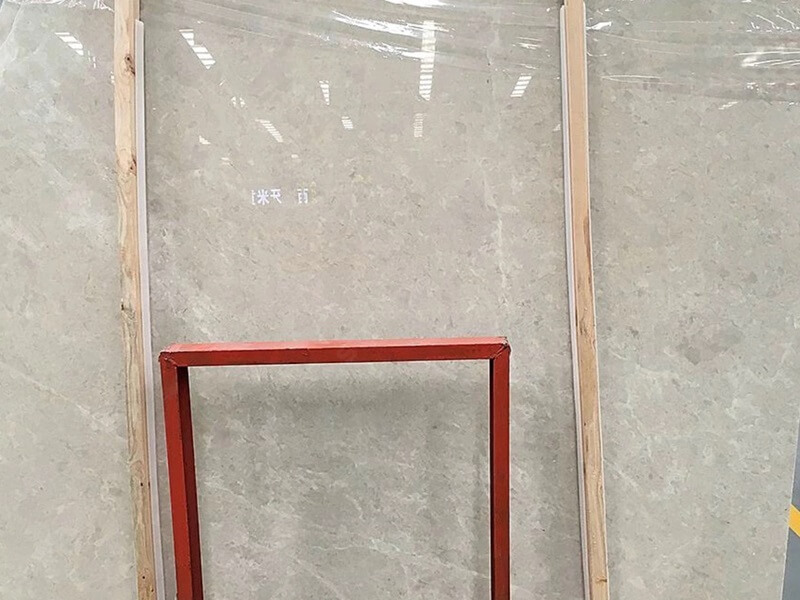 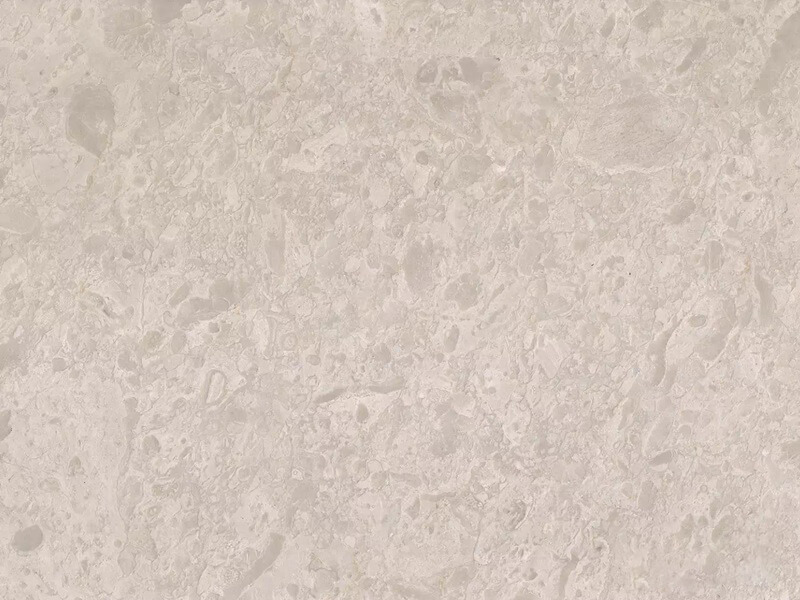 Empire Beige(Yu Jie Quarry) has a whiter background and smaller flowers distributed in the surface, some may have little defects as green lines. 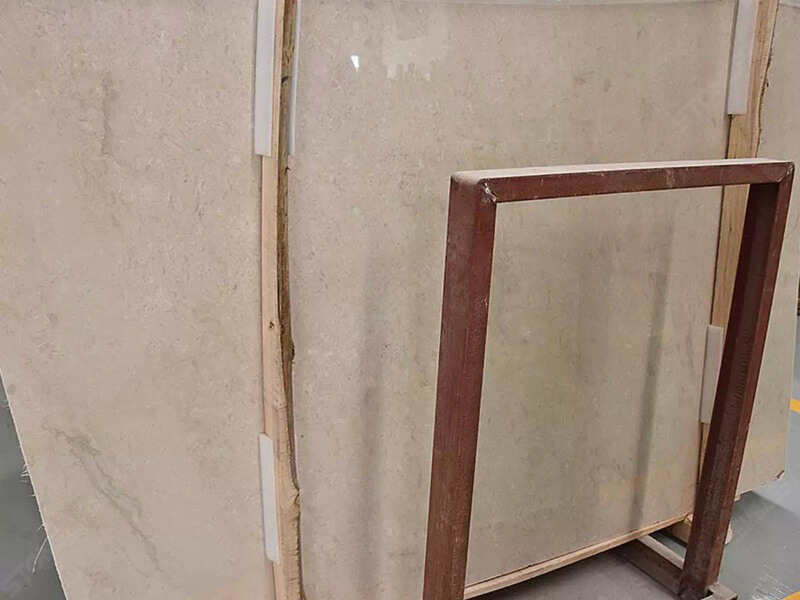 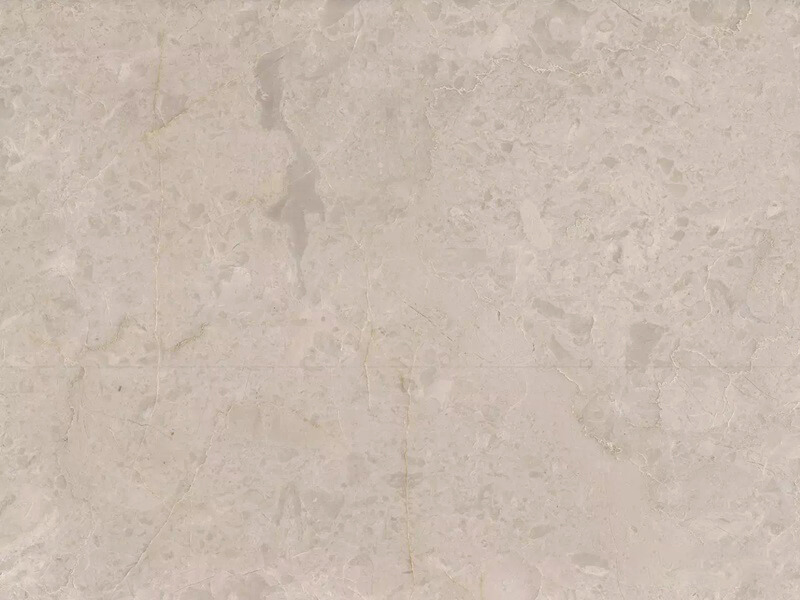 Stocked in many blocks and big slabs, our company has supplied more than 40,000 sqm Empire Beige Marble Tilesfor a Five-Star Hotel Project in Indonesia.

Before processing, our project team has confirmed with customers about all the drawings, sizes and standards several times to avoid any mistakes.

During processing, our processing team will do water-proof in the slab surface and the backside,  then cut it into thousands of different tile sizes according to the drawing and avoid some defects of the marble that has been confirmed with customers at the same time.

After processing, all the tiles will be dry laid and inspected by our QC team piece by piece and packed by strong wooden crates. 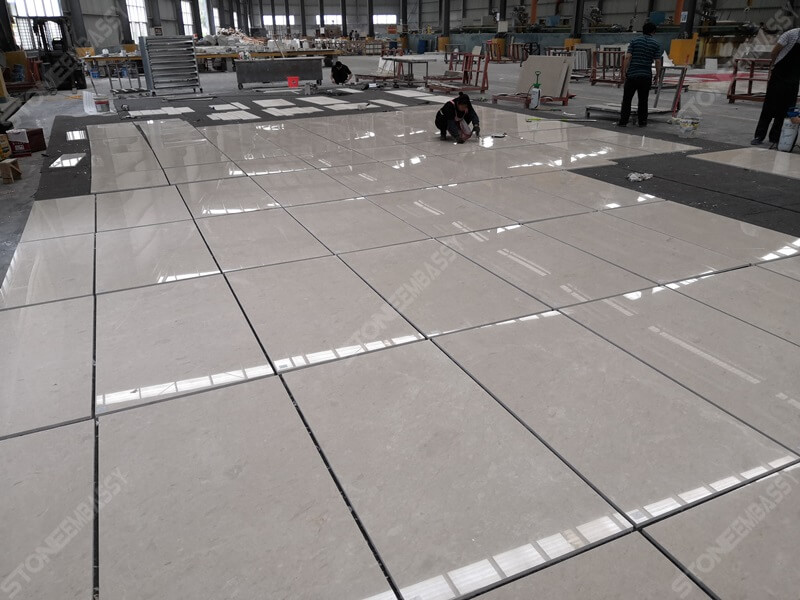 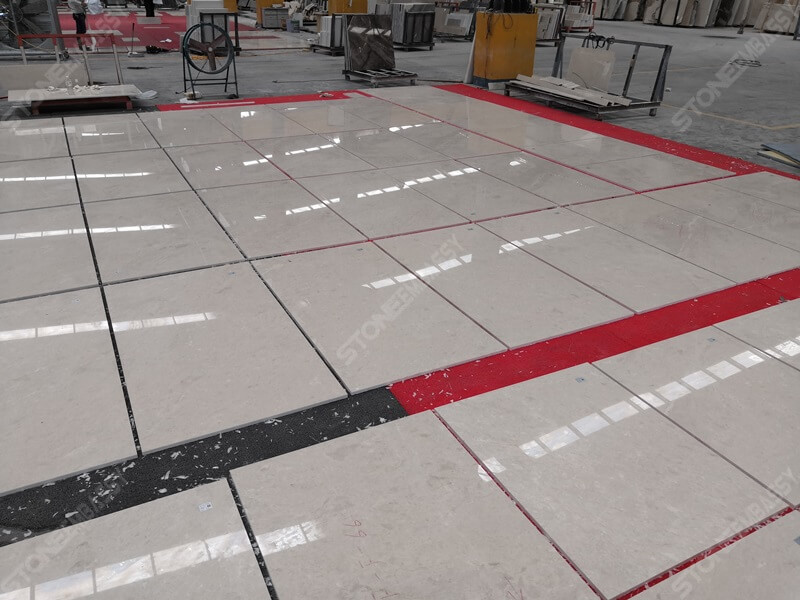 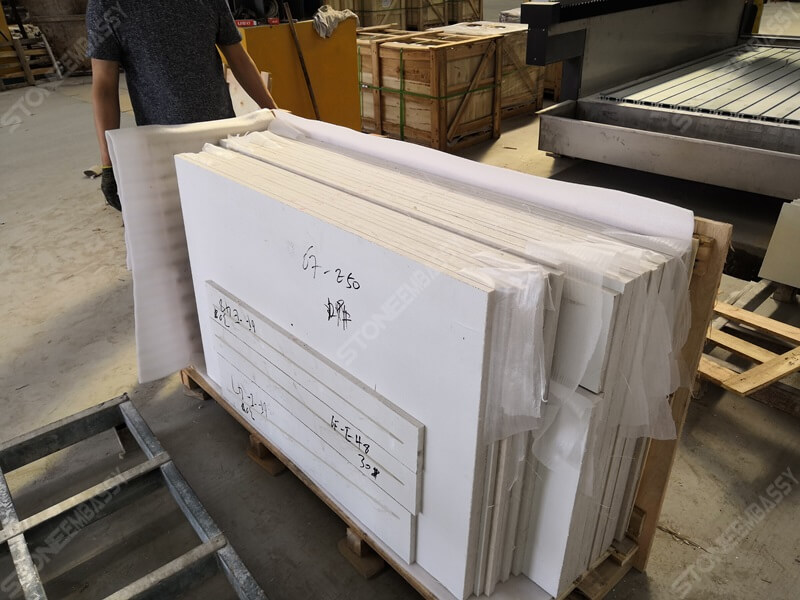 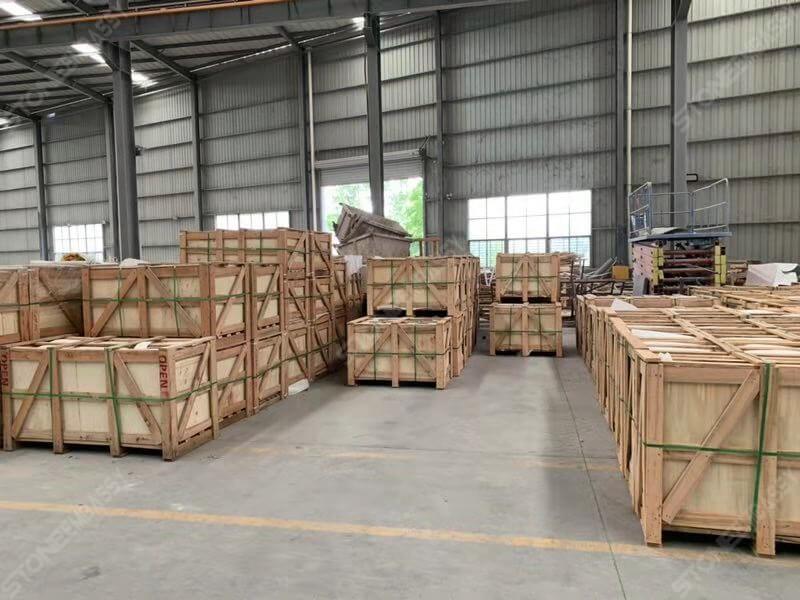 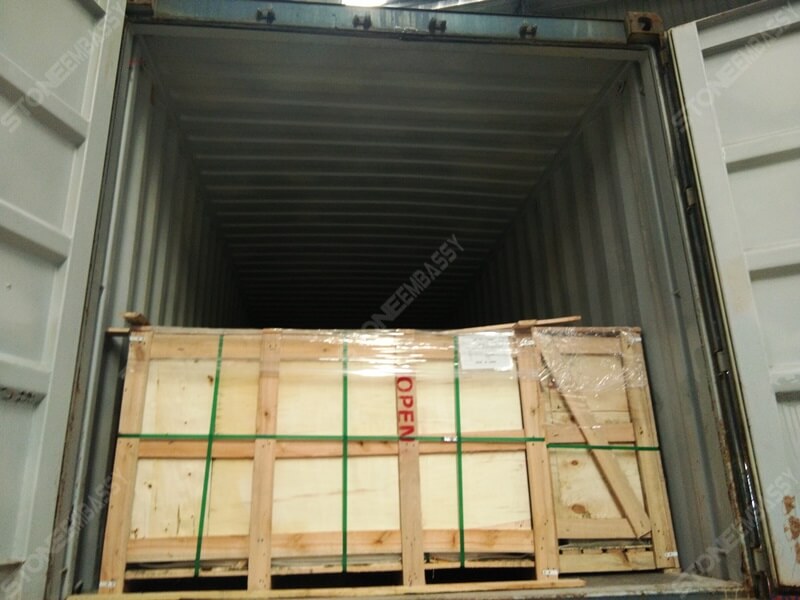 Our factory has more than 1,000 tons of beige marble stone blocks. If you have any stone project or wholesale inquiry, please contact us. 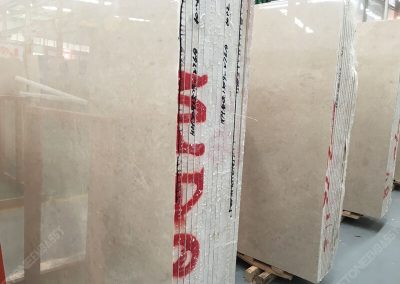 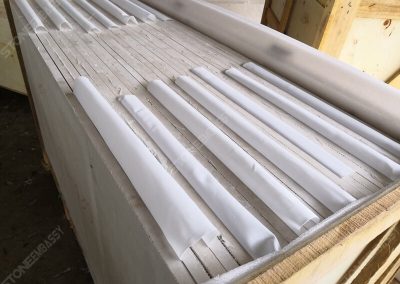 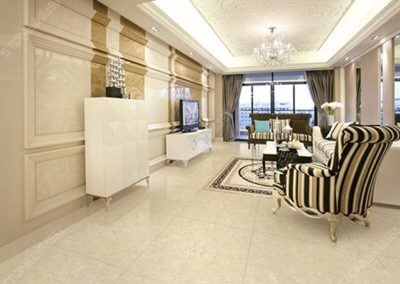 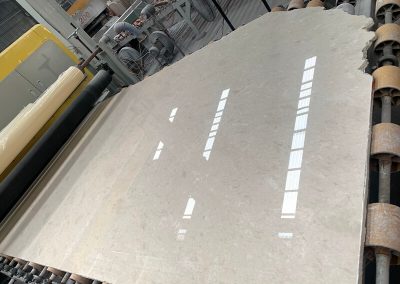 Get Free Samples and Quotation

How to pack and load marble slabs and tiles?

How to arrange shipping from China ?